One of Binbrook’s natural wonders is Lake Niapenco. Just 7 minutes from Summerlea Woods, it is the largest inland lake in the region.

There’s a curious phenomenon that occurs once someone makes the move to Binbrook – they never leave. Having built homes in the community since 2005, we at Empire noticed this immediately. Not only were our homebuyers itching to move up within the community over the years, but as we gear up for our launch of Summerlea Woods, just down the road from our original development, we’re experiencing the same phenomenon. Once GTAers, Hamiltonians and even Torontonians make the move to Binbrook, they are hooked, and growing their families and lifestyles within the town seems like the best option.

Always curious about what makes our homeowners tick, we’ve asked many over the years exactly what it is about Binbrook that makes them stay. After all, Binbrook isn’t as rich with local amenities as we often see in some towns flanking a growing metropolis like Hamilton. In fact, Binbrook’s relatively strict commercial development guidelines mean amenities grow at a slower rate than most of its neighbours. And yet, this doesn’t seem to bother anyone; in fact, they seem to prefer it. Because of its proximity to growing communities, 5-10 minutes will have you accessing most of what you need, including restaurants, shopping and services, while coming home to a rural wonder of tranquility. A few other perks have us thinking we’ve pinned down what makes this little hamlet an unexpected oasis for growing families and downsizers alike. 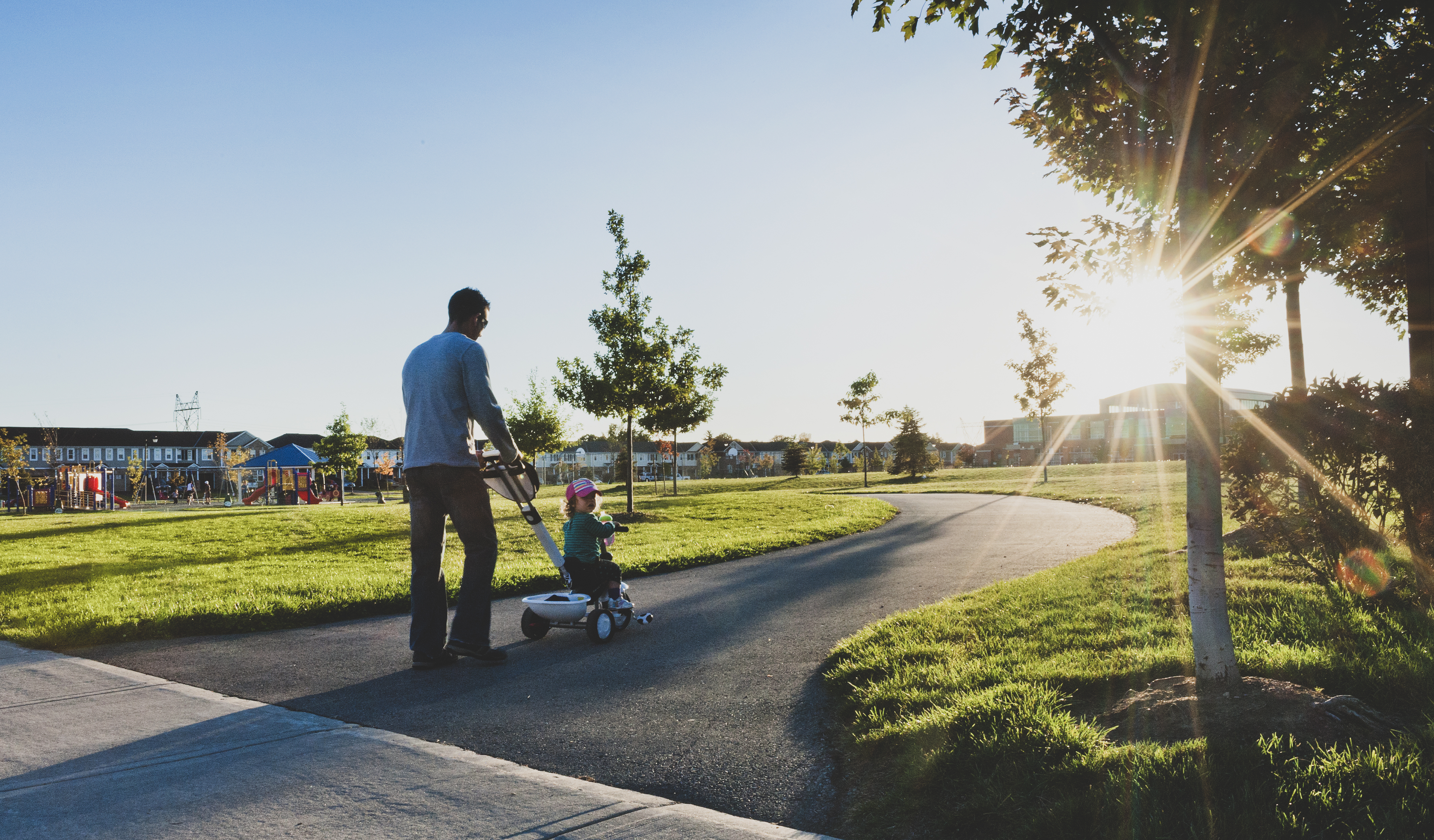 IT REALLY IS THE BEST OF SMALL-TOWN LIVING

While some towns neighbouring Hamilton have grown in proportion to the city, opening SuperCenters, restaurants and other local fair, Binbrook has grown to accommodate the number of residents who want to live there but remains fierce in its mandate to stay a country-like town with only a few local amenities to choose from. Its unique identity and tiny little downtown appeals to those looking for a safe and tranquil place to live, raise a family or downsize. Despite its population growth, it still remains a place to see the stars and hear the coveted quiet of country life.

IT HAS EMBRACED ITS COMMUTER PERSONA

With a commitment to preserving the rural tranquility comes embracing the commuter-town spirit. Binbrook’s proximity to Hamilton is almost shocking when you take the drive and see how quickly the transformation from busy metropolis to small-town country roads takes place. The scenic town is tucked far enough away from Hamilton to enjoy peace and quiet without the inconvenience of being completely disconnected. Binbrook’s residents embrace the 5-10-minute drive to get gas or groceries if it means they can come home to less traffic and open roads.

Binbrook’s family friendly vibe and neighbourhood appeal quickly hook new residents in. A popular place to move for young families, parents connect with the nostalgia of raising their kids in a community not unlike their own upbringing, with safe streets, neighbourhood playdates and local schools where everyone knows each other’s names.

YOU CAN GET A NEW HOME

When most people think of country-style living, the homes themselves can be a deterrent. Outdated floorplans, leftover 80’s-style decor and tons of ongoing repairs come to mind. But because Binbrook has embraced residential development, available homes are often pre-construction, like Empire’s Summerlea Woods community where residents can choose their own modern finishes, get their dream kitchen and personalize their home designs. And much like we saw in the early 2000s, many families tend to keep taking advantage of pre-construction pricing by moving up within the community, without disrupting their lifestyles or children’s schooling.

IT’S THE BEST OF THE GREAT OUTDOORS

Not unlike the rest of Southwestern Ontario, Binbrook enjoys a natural beauty that GTAers can only dream of. A popular destination for active folks, the town offers endless biking, hiking, fishing and canoeing opportunities on Lake Niapenco as well as breathtaking scenery on many of the neighbouring conservation areas and local waterfalls.