Learn More About The Sub-Zero Appliances In Empire Maven

They’re the Rolls Royce of appliances: Sub-Zero and Wolf have been leading in home refrigeration and cooking for close to a century, with top-of-the-line appliances that are meticulously crafted and expertly engineered. Their enduring reputation of excellence is why Empire has chosen them to furnish the kitchens of our Maven project on Avenue Road. Each boutique residence at Maven comes standard with a Sub-Zero fridge with bottom freezer mount, Wolf all-gas range and microwave and Asko dishwasher panel. Read on to learn more. 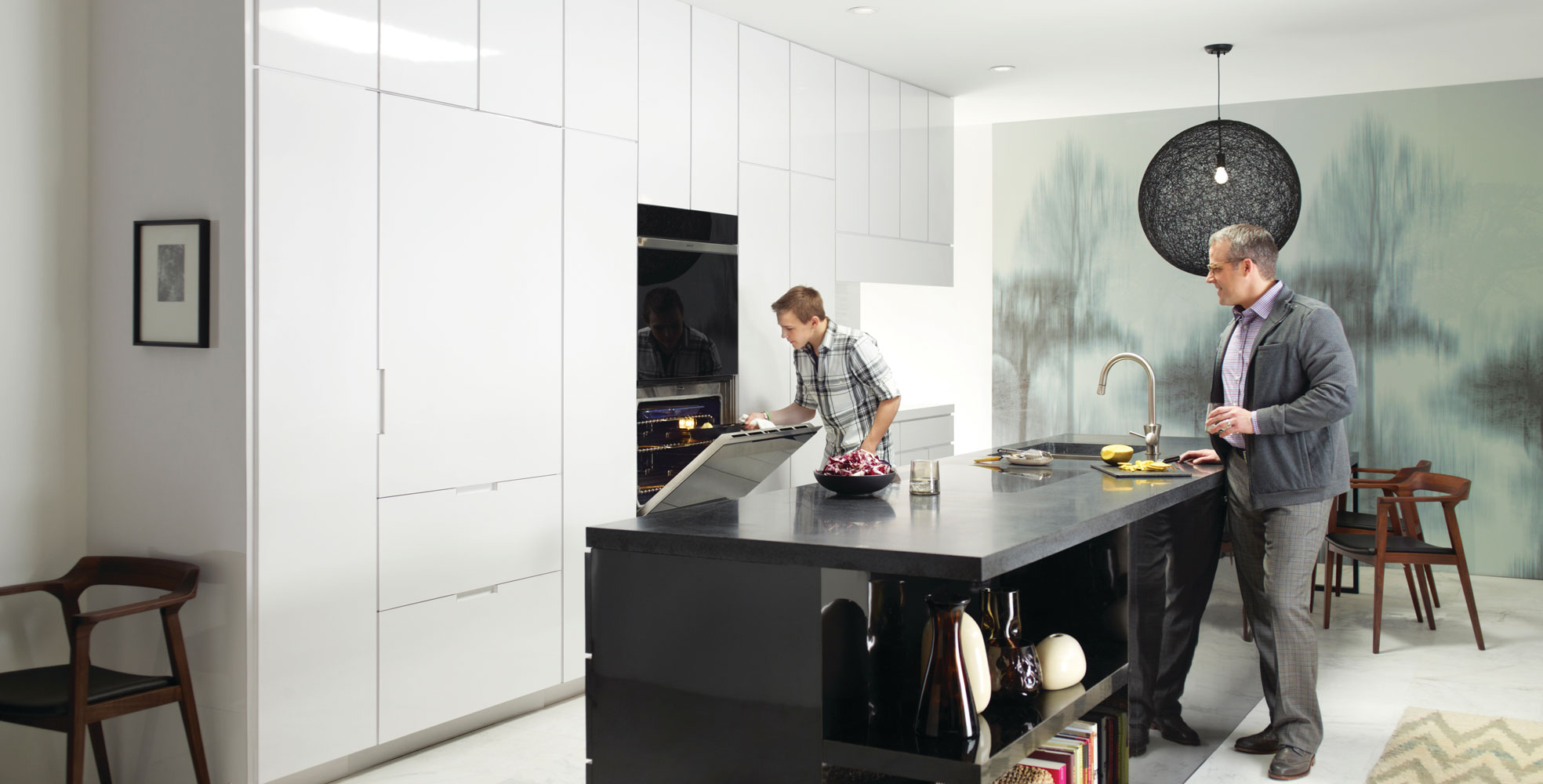 There’s a lot to love about this fridge and freezer duo, from the custom panel that leaves more room for a considered and curated expression to handles that blend into the cabinetry. Dual refrigeration keeps food fresher longer, while the air purification system fights spoilage and doors. LEARN MORE

Wolf’s gas ranges are renowned for their noteworthy features and professional-grade standards. The gas range that will be in the Empire Maven project includes 6 dual-stacked, sealed burners; a convection oven for faster, more consistent cooking; and Wolf’s signature red control knobs. LEARN MORE 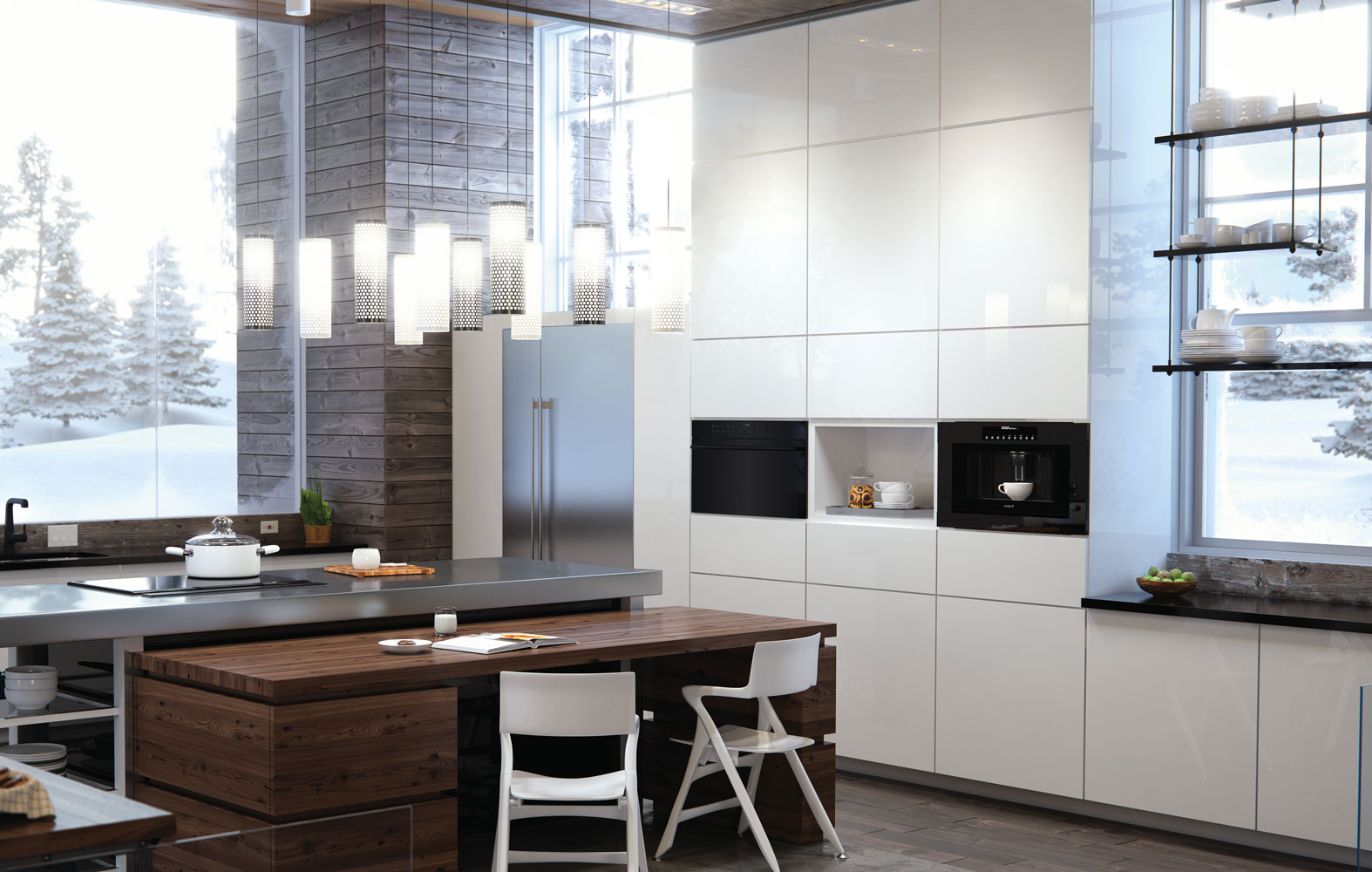 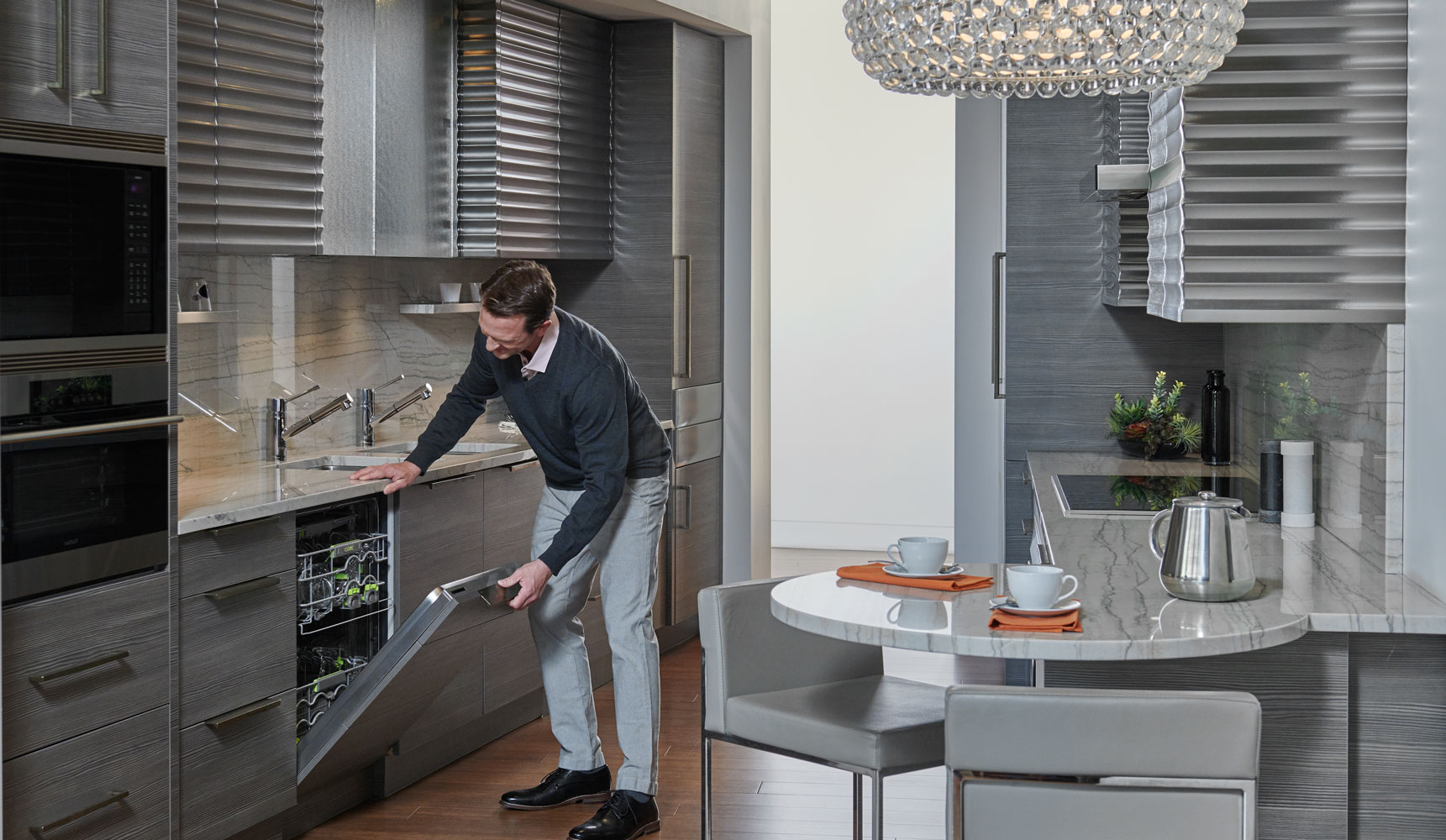 Like their fridge counterparts, these dishwashers were designed to blend in, thanks to a custom panel and handle. Features include a premium upper and lower rack, top tray with Instant Lift and condensation drying system. LEARN MORE

A REPUTATION BUILT ON SUPERIOR PERFORMANCE

Exceptional warranties, a high standard of customer care and “white glove services” are just more reasons why Sub-Zero and Wolf is above the rest, and why Empire chose them for our Maven project. The company offers ongoing support and 24/7 assistance, and services such as free cooking demonstrations and use-and-care classes complete with chefs on hand, enhancing your enjoyment of their appliances for years to come. 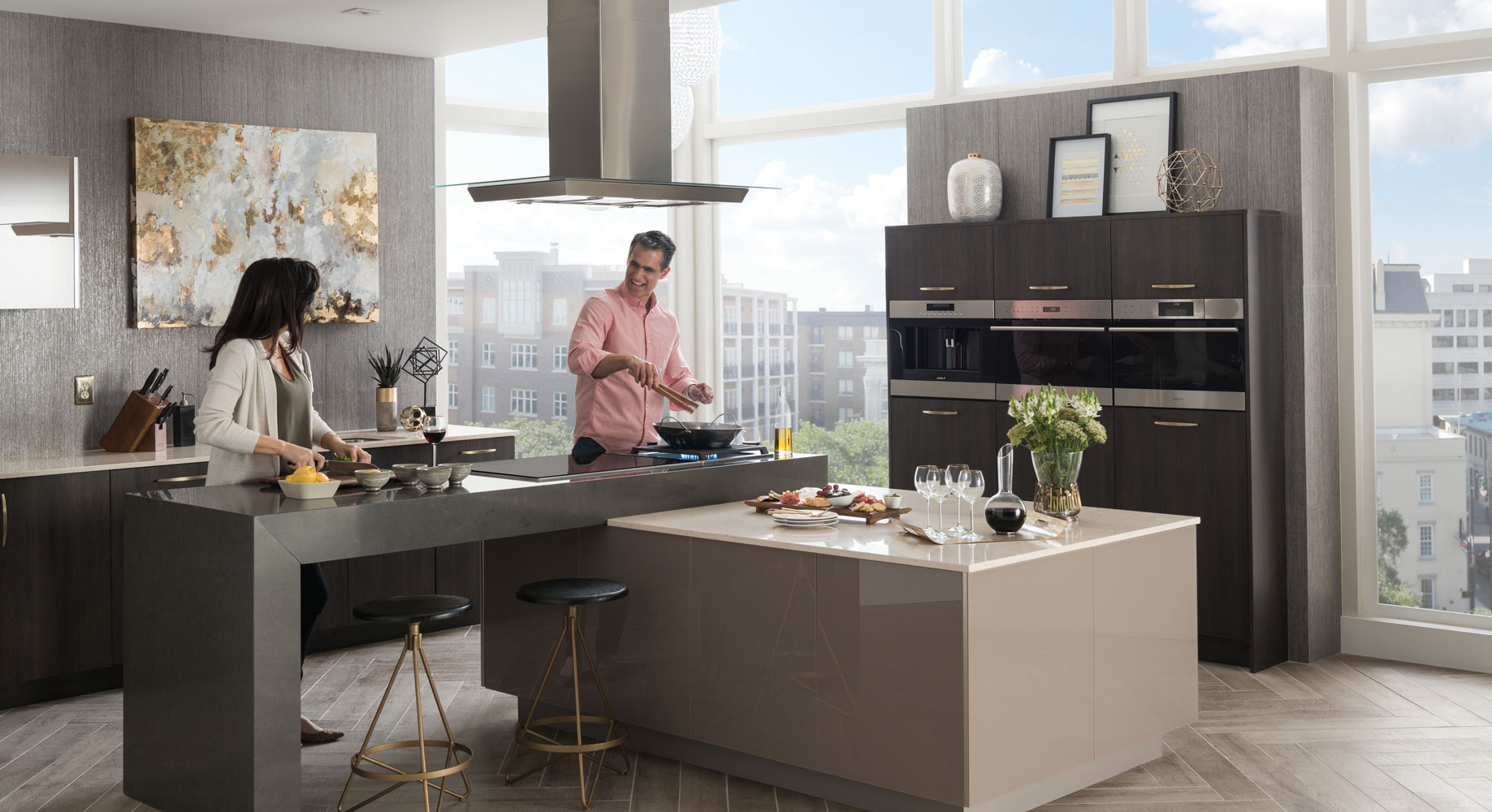 THE FASCINATING HISTORY OF SUB-ZERO

Sub-Zero has a long-standing reputation as being the best in appliances, but like most companies, their beginnings were far more humble. In 1926, Sub-Zero’s founder, Westye F. Bakke, moved to Madison, Wisconsin, with his wife Mary and their two children, Bud and Elaine, to start a new life away from the farm he had grown up on. However, it wasn’t until 1943 that Bakke, a gifted engineer, began developing the reliable, high-performance home refrigeration system we all know. The company’s creation was spurred by a personal motive — Bakke’s son Bud was diabetic, and he needed a place to store his insulin.

It was a necessity that kick-started a series of pioneering creations and the birth of the Sub-Zero Freezer Company. Using salvaged scrap metal, Bakke built the first freestanding freezer prototype in the basement of his Wisconsin home, registering Sub-Zero as an official corporation two years later in 1945. With the inception of the company, Sub-Zero became the first appliance brand to meet the strict new standards for safe freezing.

Bakke’s innovation not only modernized food preservation, but gave rise to the concept of ‘total kitchens,’ which were based on his revolutionary introduction of built-in refrigeration. In September 1955, Sub-Zero pioneered the launch of dual refrigeration, ensuring that fridge and freezer foods were safely preserved in separate sealed systems. And just three years later, Sub-Zero began customizing appliances to match the decor and cabinetry of the existing kitchen. 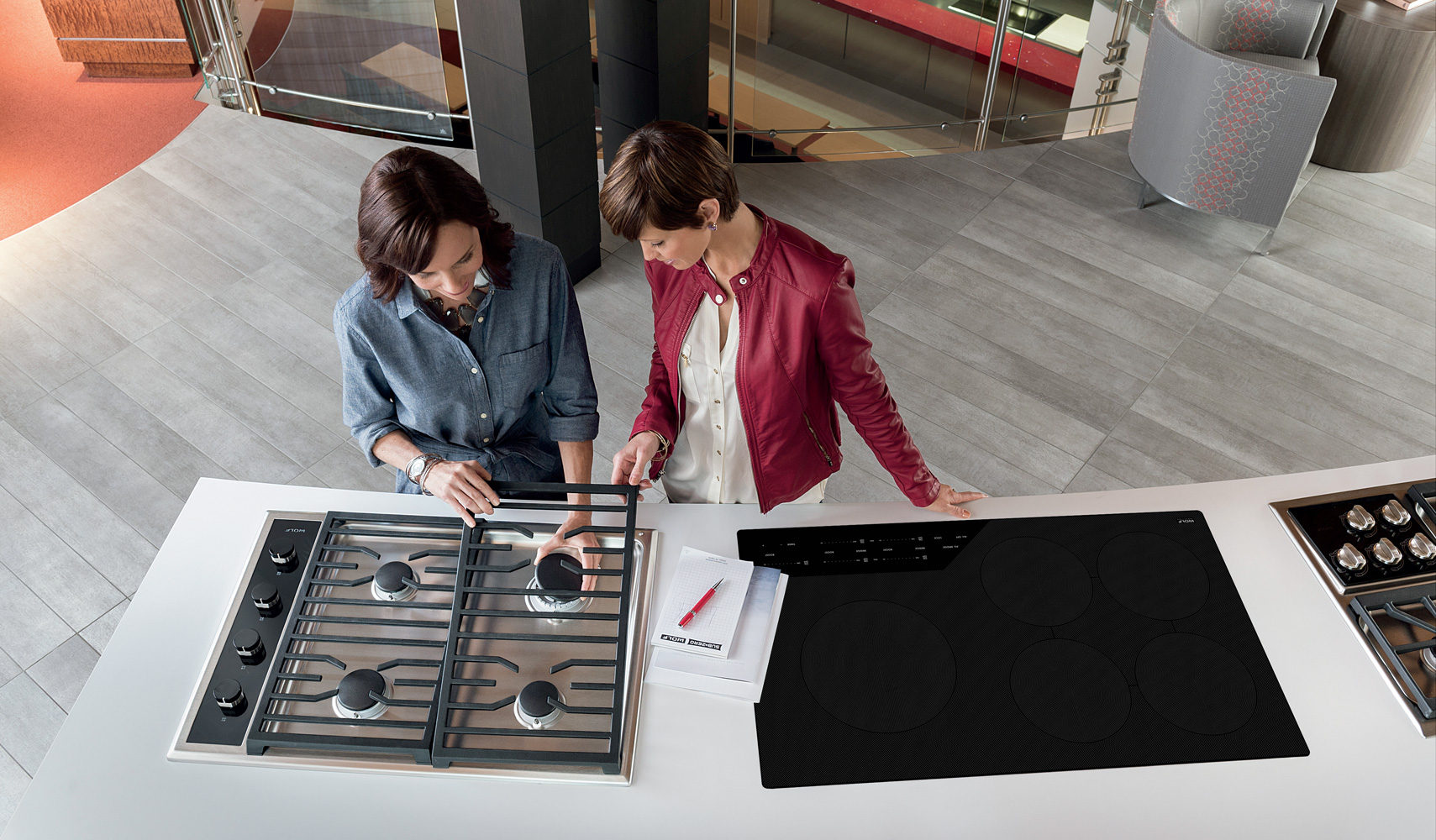 Sub-Zero remained at the forefront of design throughout the 1960s and the early 1970s, building refrigerators into bar counters, credenzas and even living room tables. When Bakke died in 1973, the company was passed on to his son, Bud, who began improving his dad’s Sub-Zero models by sourcing interior lighting for refrigerators and installing the pull-out freezer drawer.

Sub-Zero kicked off the new millennium by acquiring Wolf in 2000. Like Sub-Zero, Wolf had built up quite the company legacy as the leader in commercial cooking appliances for over 80 years. And in 2018, Sub-Zero grew their impressive company once again, this time introducing Cove — the only dishwasher that’s engineered to adapt to the dishes you clean the most, ensuring spotless results and near-silent operation.

Please note that the images shown here are courtesy of Sub-Zero and are not renderings of Empire Maven.