It’s something that many young Canadians aspire to in their early adulthood: homeownership. But with the prices of homes having skyrocketed in recent years and not enough supply to meet demand, most Canadians between 25 and 35 years of age feel that their chances of ever owning a home are being dashed. Unwilling to pay rent for the rest of their lives, they are unsure of how to move forward so that they are able to purchase a home one day.

The First-Time Home Buyer Incentive is one of the government’s answers to the housing crisis. It was initially announced back in March, with the Canadian Mortgage and Housing Corporation (CMHC) stating that it would pledge $1.25 billion towards helping first-time buyers apply for insured mortgages over the next three years. Now, the program is set to launch on September 2 of this year.

WHAT IS THE FIRST-TIME HOME BUYER INCENTIVE?

Eligible Canadians — those with a combined income of less than $120k — have the opportunity to share a part of the cost of their home purchase with the CMHC. By giving them an interest-free advance of up to five per cent the purchase price of an existing home, and up to 10 per cent the cost of a new home, the government believes that the plan will benefit first-time homebuyers by allowing them to take out a smaller mortgage and keep their monthly payments lower. A home purchased for $450,000 would save homeowners approximately $3,000 a year on mortgage payments.

But the program isn’t without its caveats. Buyers that elect to participate in the program must repay the incentive after 25 years or once the property is sold. And if the value of the home appreciates, so too does the government’s ownership stake.

“The CMHC today confirmed that the First-Time Home Buyer Incentive program will be an ownership stake in the property of qualified homebuyers, whereby the government will participate in appreciation of the property and — in the case of the property devaluing — depreciation as well,” said James Laird, Ratehub Inc. co-founder and CanWise Financial president in a news release.

This means that a new home purchased for $400,000 could qualify for a 10 per cent interest-free loan worth $40,000. If the home is later sold for $450,000, the homeowners would need to repay $45,000. (As every Canadian knows, this statistic is purely to show the math; were Canadians able to purchase a home in the city for $400k, the government wouldn’t need to step in and try to help this generation of homebuyers). 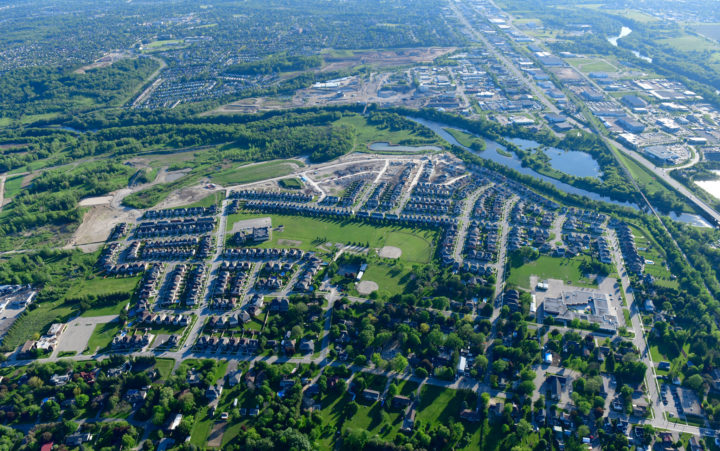 The CMHC incentive also caps at four times the homebuyers’ annual incomes, or up to $480,000. This means that the most expensive home first-time buyers could home to purchase under the program would be worth between $500,000 and $600,000 depending on the size of the down payment.

“The key issue remains qualifying, and this program diminishes the amount that a first-time homebuyer can qualify for by about 15 to 20 per cent,” Laird said. “This is because the program limits the mortgage amount to four times the households’ income, whereas those not participating in the program can actually qualify for a mortgage that is 4.5 to 4.7 times their income. Those who would be attracted to the program would be Canadians who are trying to purchase at their maximum qualification. However, because the program diminishes how much you can qualify for, it doesn’t serve the needs of the group it is targeted at.”

WHAT DOES THIS MEAN FOR MAJOR CITIES LIKE TORONTO?

Critics argue that the program will do little to alleviate first-time homebuyers in cities like Toronto and Vancouver, where the average home prices sit at $873,100 and $1.44 million respectively. And while the government remains confident that the program will be beneficial to young Canadians living in cities like Toronto, the reality is that most will still consider moving out of the GTA to chase more affordable living opportunities.

Additional information about the First-Time Home Buyer Incentive will be released by CMHC later this year.