Affordability is likely the main factor. Oakville houses for sale, for example, go for $1,368,460, while a condo unit in the same city goes for just $538,448 — less than half. Similarly, houses for sale in North York go for around $1,727,657, while a condo also goes for less than half, at $648,499. Nevertheless, sales for single-family homes were stronger than condo sales.

“This reflects the fact that demand for more expensive home types was very low in 2018 and has rebounded to a certain degree in 2019, albeit not back to the record levels experienced in 2016 and the first quarter of 2017,” TREB says.

Detached sales grew 21.3% this August from August 2018, while condo sales grew just 4.0%. Notably, sales for detached houses was far stronger in the 905 versus the 416, perhaps reflecting some sort of exodus from the city. Likely, buyers have simply decided to give up on the dream of an urban lifestyle in exchange for a large, renovated single-family home in a safe neighbourhood. Sales were up 8.8% in the 416 and 24.5% in the 905.

Interestingly, the exact same is true for condo sales. They were strongest in the suburbs, rising 8.2%, and lowest in the city, rising just 2.2%.It’s unclear if it’s because the prices are so much cheaper in the 905, or if it’s a lifestyle move, or something else entirely.

For now, condo units continue to be an excellent investment.

To see more data on Toronto’s housing market, check out the infographic below: 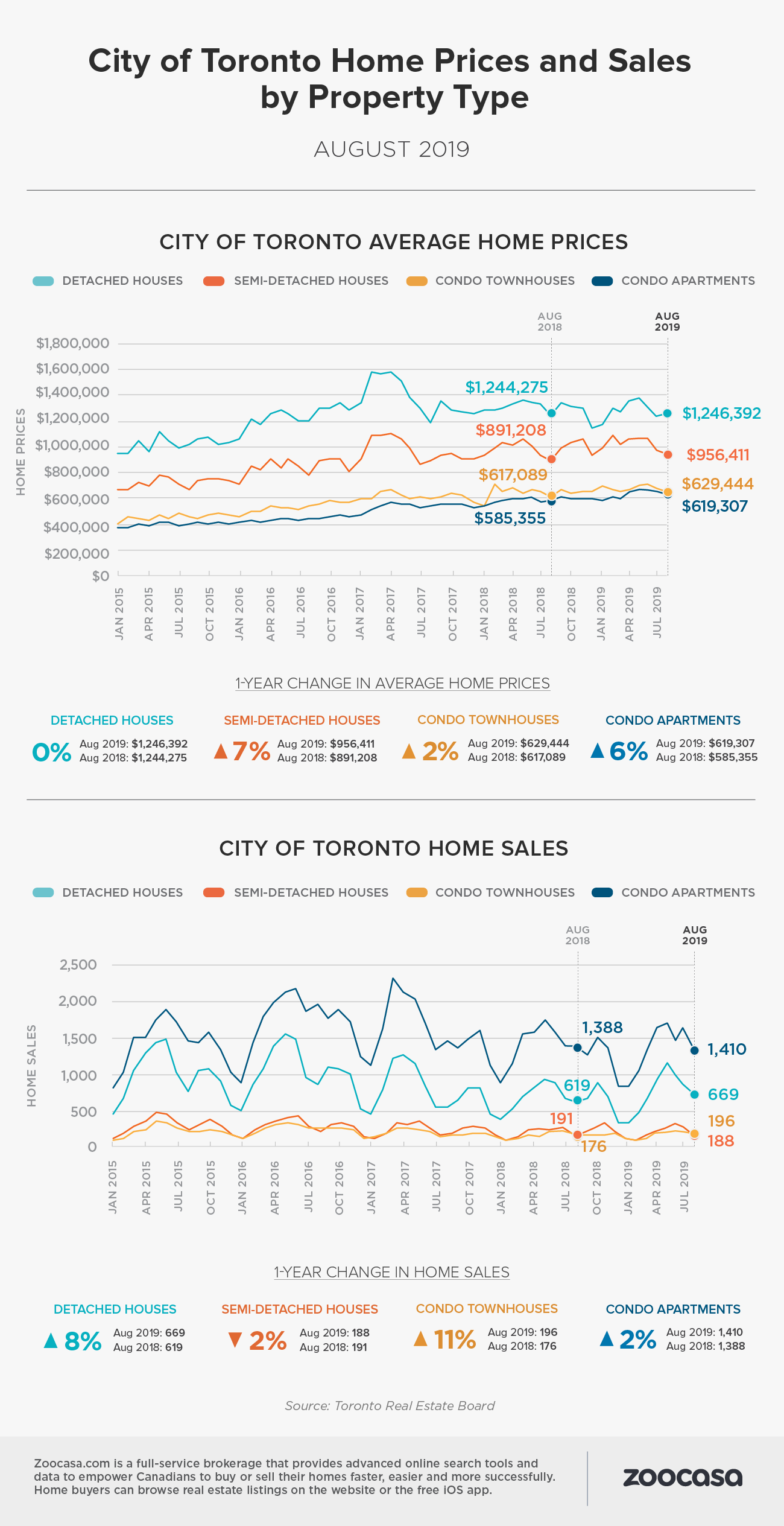